ManicPs is a custom rsps that was built upon player suggestions and creativity. Online 24/7, ManicPs has tons of unique & familiar content for players to enjoy. It will blow your mind with its amazing player vs monster combat, skilling, economy and custom points system. On a daily basis, players are rewarded with loyalty points and vote tickets if you have in fact voted. Below are some of the many features included in-game. Check out the new Mystery Box Drop spots by accessing your “M” Teleport. There are 3 zones each offering a different type of mystery box. 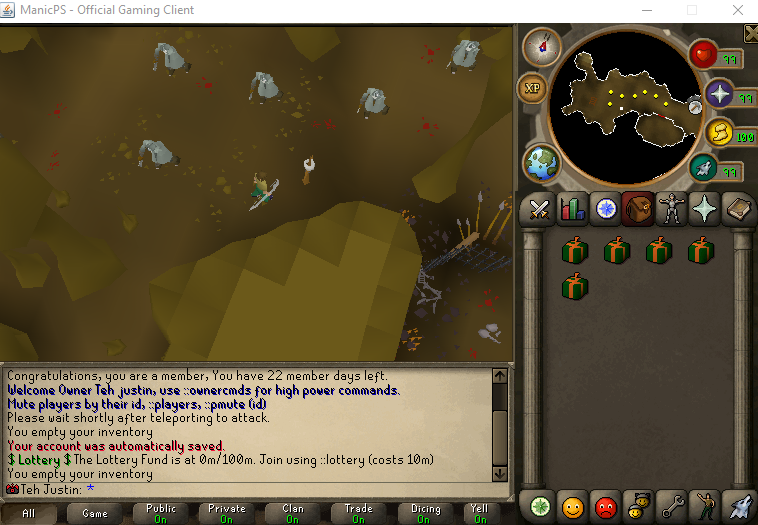 bump for this amazing server